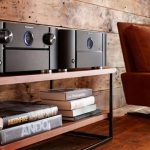 When planning to create a home audio system, a user is faced with a large number of questions. It’s all about the nuances that are sometimes decisive. For example, the choice of the central component.

Stereo or multi-channel receiver? This question was asked by almost everyone who met the home audio system creation. The problem is not understanding the fundamental difference between the two devices.

In recent years, the term “receiver” for most users has come to mean exclusively devices designed to operate in a multi-channel home theater. However, let’s not forget that from the very beginning it was understood as classical stereo components.

A stereo receiver is the most affordable option for a home theater and at the same time a good option for listening to music, but you need to decide why you need multi-channel sound. If for the most part, you watch movies and with rare exceptions music, then you can use a multi-channel receiver as the basis of your audio system. But you must remember the nuance that such an inexpensive device, as one of the best stereo receiver under 300, will sound clearly better than even a mid-budget multi-channel receiver.

But despite the fact that the multi-channel receiver seems to be a universal device, for music lovers, one of the design features such receiver will be a disappointment. The multichannel receivers from the inexpensive and medium budget ranges do not have the ability to turn off the sound processing unit: equalizer, spatial processor, decoders. And even the receiver equipped with a bypass circuit with the ability to bypass the processor part, then the analog path is still affected by interference from working microprocessors. And this option will be clearly more expensive than a good stereo receiver. However, in a multi-channel receiver, the audio path is simpler and less demanding.

The main advantage of a stereo receiver is that higher-quality elements are used for stereo. From this, we can make a logical conclusion that we will buy either two high-quality stereo channels or five slightly less good ones. But, do not forget that this price also includes a processor, a set of decoders and a lot of switching electronics.

It is also worth noting the difference in signal. Audio paths for music and cinema are created according to different principles. For music, subtlety, sensitivity to the slightest changes, “air” are important. At the same time, the cinema track is full of powerful dynamic swings of sound effects, bright and clear tones that characterize a particular scene. To simplify the description, the music recording allows you to hear and imagine, while the soundtrack in the movie accompanies the picture. Yes, in both cases the sound creates a certain mood, but they are fundamentally different.

It turns out that if you need a system only for audio to listen to music, and there is no need for additional functions and decoders – a stereo receiver and a good pair of speakers can be an ideal option.